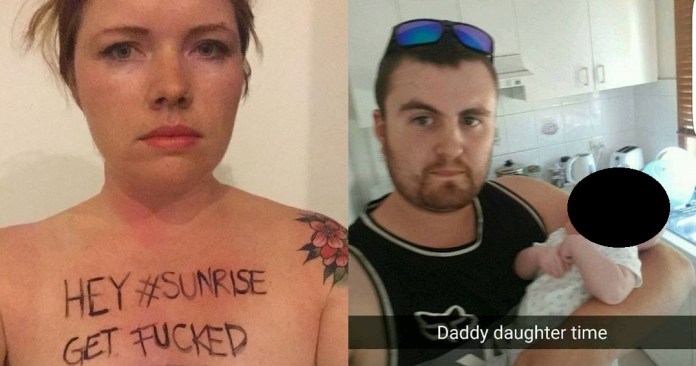 Clementine Ford she has previously attacked school boys, pensioners, and even the disabled. So who’s her latest target for doxxing? Fathers with daughters. Apparently fathers who have daughters shouldn’t be allowed to attend Summernats because it’s full of “disgusting misogyny and sexism”. Never mind the fact that the women at this event actually CHOOSE to work there. I thought feminism is supposed to be about female choice and empowerment? Oh wait, unless it gives some sort of pleasure to men.

Here is the screenshot of her publicly doxxing this man (Cody) on her facebook page. 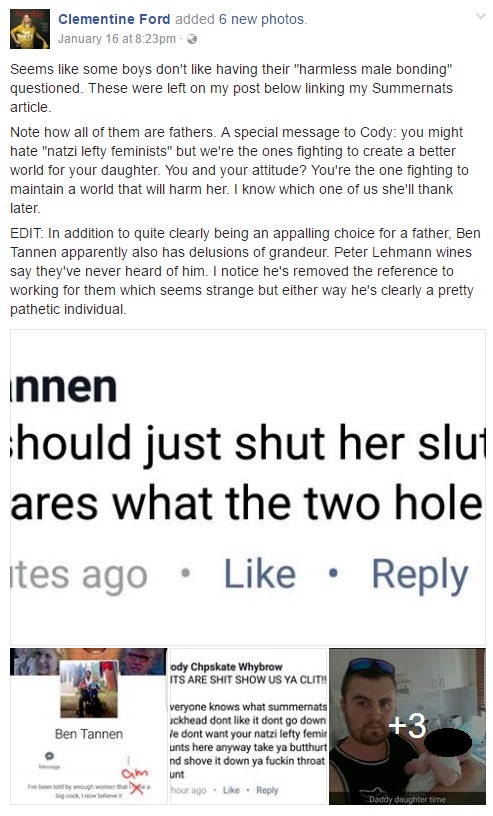 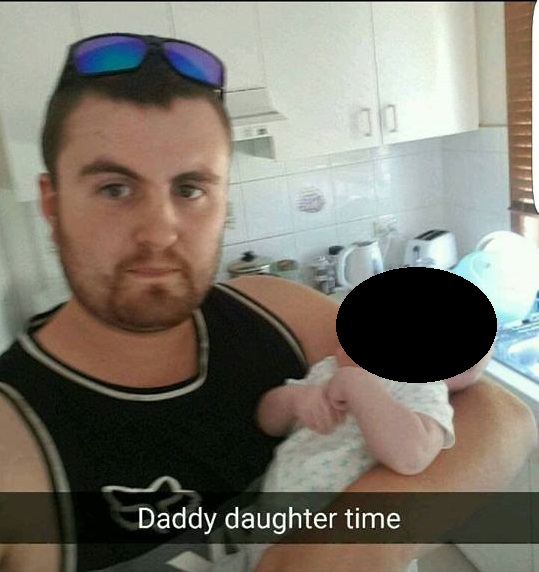 It’s bad enough that she shames him, but now she’s also shaming his daughter. All this just because he left a distasteful comment: 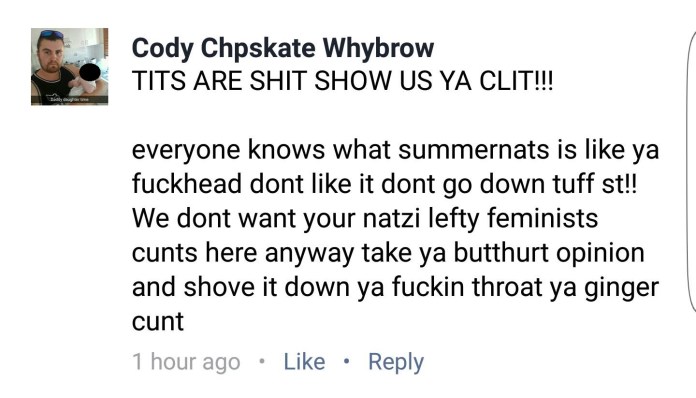 Clementine and her feminist minions also attempted to get another man fired for his comment below: 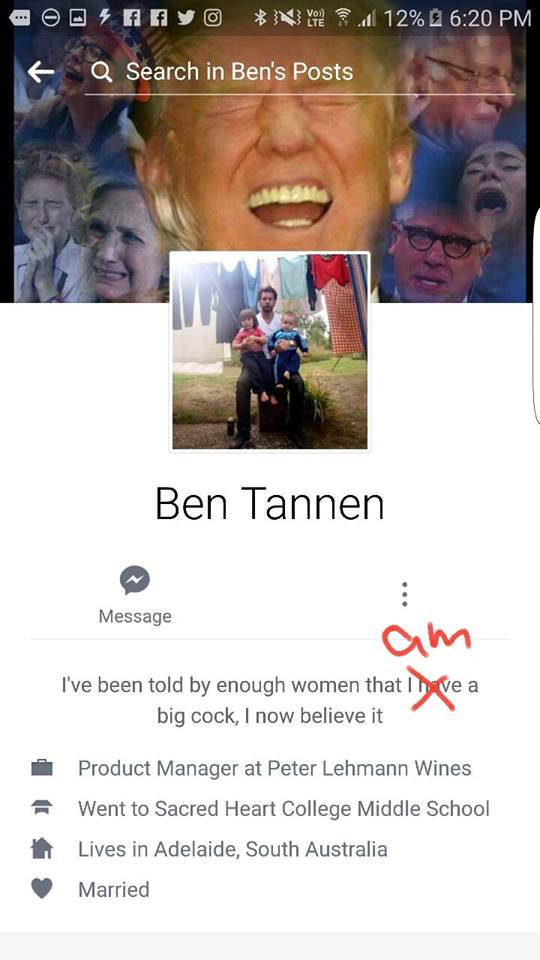 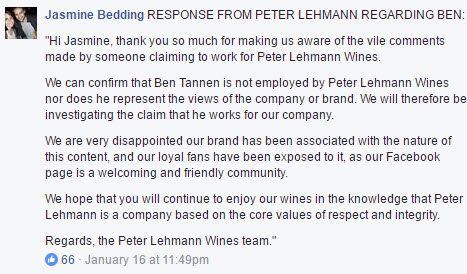 One feminist was so disappointed that he couldn’t be fired so she called for “super amazing hackers” to find his IP address (and do what with it?). Yep, feminists sure are stupid.

They also tried to get Cody fired from being an Uber driver: 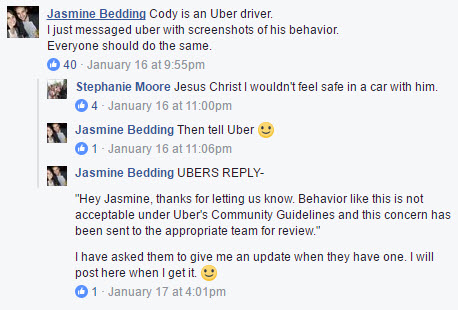 In addition, Clementine Ford publicly shamed another man with his daughter in a separate post: 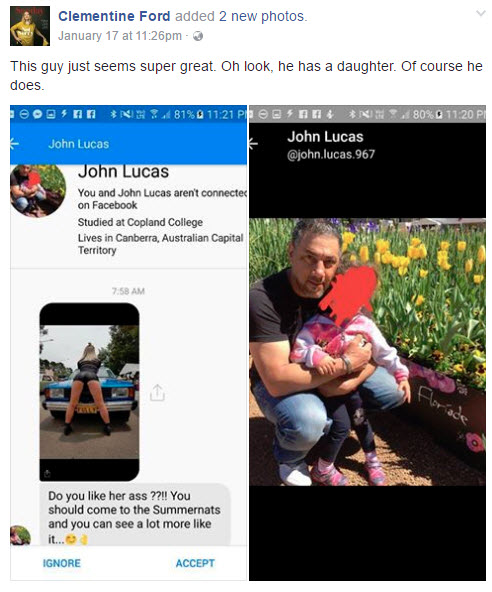 Yep, apparently John and his daughter deserve to be publicly shamed, all because he sent a harmless comment to Clementine saying “Do you like her ass ??!! You should come to the Summernats and you can see a lot more like it”

While I agree that these comments may have been distasteful to some (especially the one from Cody), but is it really justified to publicly shame them (and their daughters) and have them fired from their jobs? Clementine Ford seems to think so! In fact she doesn’t seem to think there is anything wrong with exposing these children in order to shame their fathers.

Cody himself responded in a comment admitting that what he said was wrong, but didn’t deserve to have his daughter posted on her Facebook page for over 150,000 to see.

Thankfully there are a few people who disagree with Clementine publicly shaming fathers with their daughters and called her out on it: 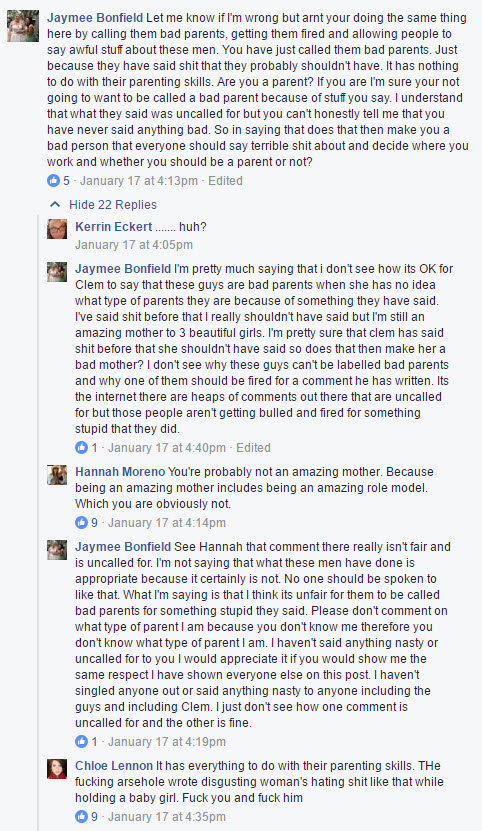 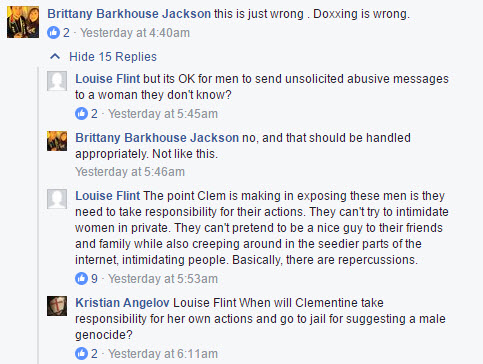 And from Cody himself. Apparently some feminists even accused him of wanting to have sex with his daughter.

Clementine Ford recently had a baby herself and seems to think she’s the perfect mother and role model to her son, despite the fact she wants to “kill all men“. It’s comical that she could even criticise someone for being a bad father over a few distasteful comments.

In reality, there are far more mothers who abuse their children than fathers so why doesn’t Clementine Ford ever talk about horrible mothers? Because it doesn’t suit her narrative of man bashing.