Breaking news! We’ve just had word that Clementine Ford’s father is a member of Pauline Hanson’s One Nation Party.

This simply does not compute. Did I just wake up in some parallel universe? Pauline Hanson – Please Explain!

At first I couldn’t believe it myself and thought that it must be fake news. So I decided to go straight to the source and ask for myself. 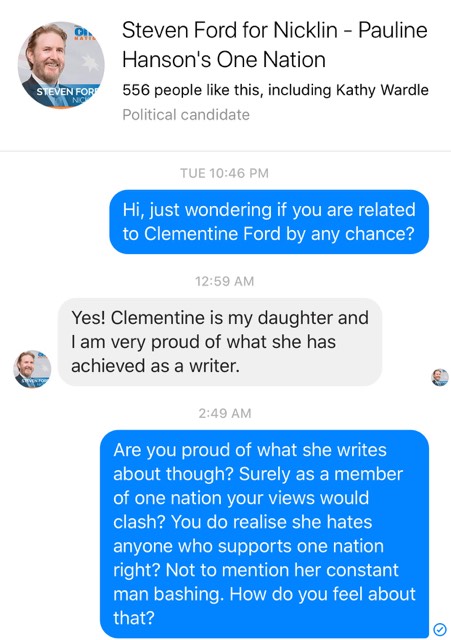 Straight from the horses mouth! No reply as of yet. I wonder if he is also proud of her views? Clementine Ford has mentioned several times what she thinks of One Nation, or anyone who supports them. 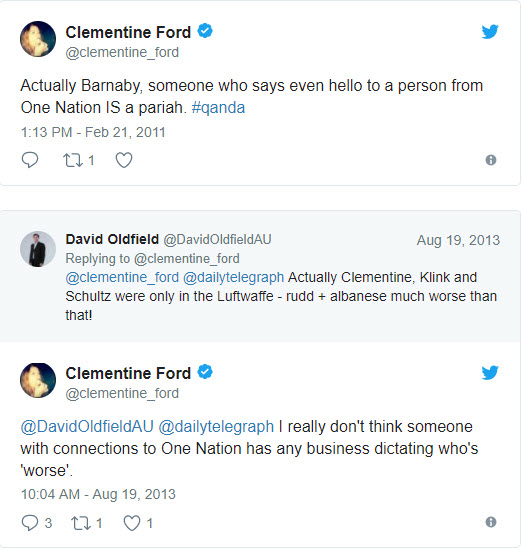 Or what does he think of her hating men? Does he also support these views?

In her Book Fight Like A Girl, Clementine write about her father “fat shaming” her. 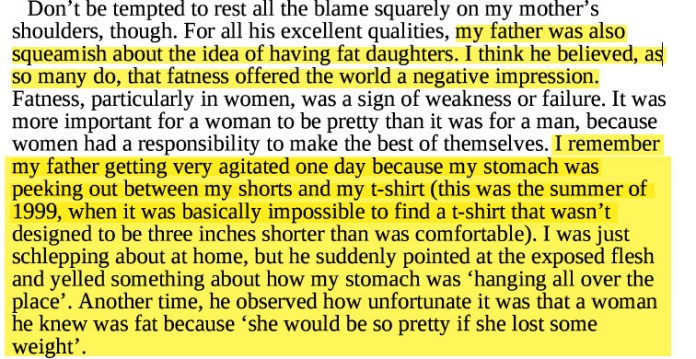 It would seem that her father, Steven Ford could indeed be an anti-feminist! Or perhaps he’s possibly a mule?

Again… what the? I think my head is going to explode.

Does Pauline Hanson and her One Nation party know this? Do they know that Steven Ford, is the father of Australia’s most infamous man hating feminist? I suspect they may lose a lot of support and votes over this!

On the flip side, what will Clementine Ford’s fans think? Surely they will be disappointed to learn that her own father is quite possibly an anti-feminist, and worse… a member of One Nation.

Very interesting times ahead indeed. Earlier this week Clementine Ford also took her Facebook Page offline. Sources indicate that apparently she was “taking a break” from her stressful “career” as a man hater. Coincidence? Perhaps she knew this was coming and couldn’t handle the backlash.

Or perhaps Clementine Ford has simply had us fooled all along? Maybe this was all just a huge con to cash in and earn money. It would certainly explain her business model.

We will keep you updated on this as more information comes to light! Stay tuned!