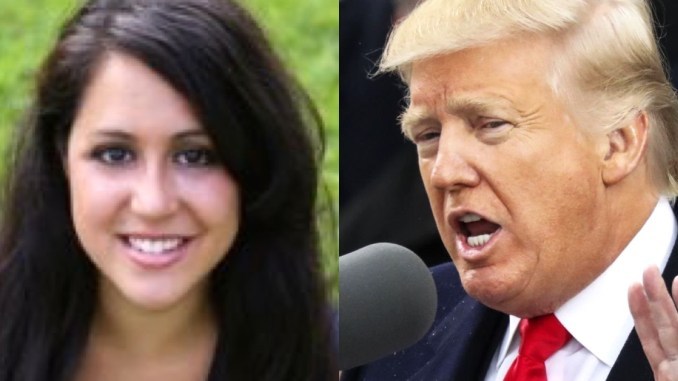 A Kentucky woman got a “surprise” visit from Secret Service and was also fired from her job after publishing a call to assassinate President Trump.

The burlesque group she worked for, Va Va Vixens, put out a damning statement about Lowrey’s tweet:

“Please, know that we, at Va Va Vixens, do not condone the behavior of Heather Lowrey. She was dismissed the moment we were informed of this incident. We have a zero tolerance policy for such. It’s no secret that we are in the midst of a divided nation. With so much hate and anger in the world, our hope is to be a sanctuary that welcomes all walks of life with open arms. We do not condone hate by any party and will not partake in it. We in no way support negative behavior or malicious intent from anyone.” 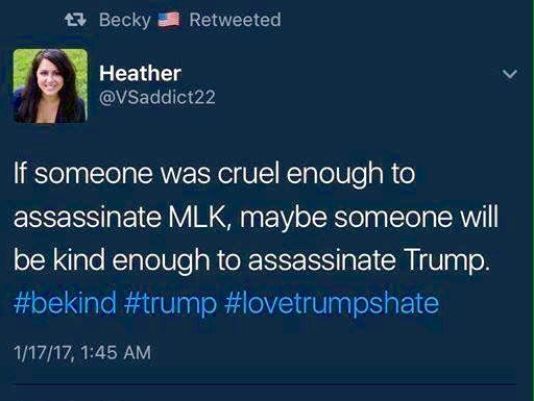 In related news, Madonna has mentioned that she has “thought an awful lot about blowing up the white house”. Let’s hope she also gets a surprise visit from the secret service.