The ABC have been brainwashing children with anti-male feminist propaganda. On their TV channel “ABC Me” they showed a video called “privilege” as shown below:

As you can see in the video, the white male gets to teleport across the stream while the refugee has to swim.

After the video was shared to many groups, thousands expressed their disgust on the ABC Me Facebook page. The feminists at the ABC soon realised they were outnumbered by anti-feminists and were forced to delete their page. 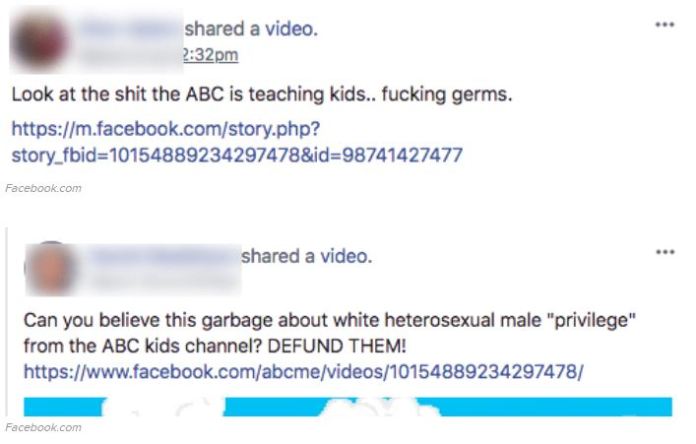 The next day, feminists at the ABC decided to create yet another video, shaming the “trolls” who left comments on their page.

In this video a man named “kevin” used to be nice, but then became abusive because he hates his job and women won’t date him. Apparently feminism also ruined his dreams.

Amusingly, the video claims that its just a “facebook page for a kids show”. No, it’s not just a kids show… its indoctrinating kids with feminist man hating propaganda.

Naturally, the ABC are getting slammed yet again for their follow up video, and its a beautiful sight. If you haven’t already done so, please leave a comment showing your disgust on their Facebook page. I would also highly recommend you make an official complaint to the ABC here.

We all know that the ABC is a network of man hating feminists. This isn’t the only time they have showed their left/feminist bias and man bashing. Take the show Q&A for example – this meme sums it up nicely: 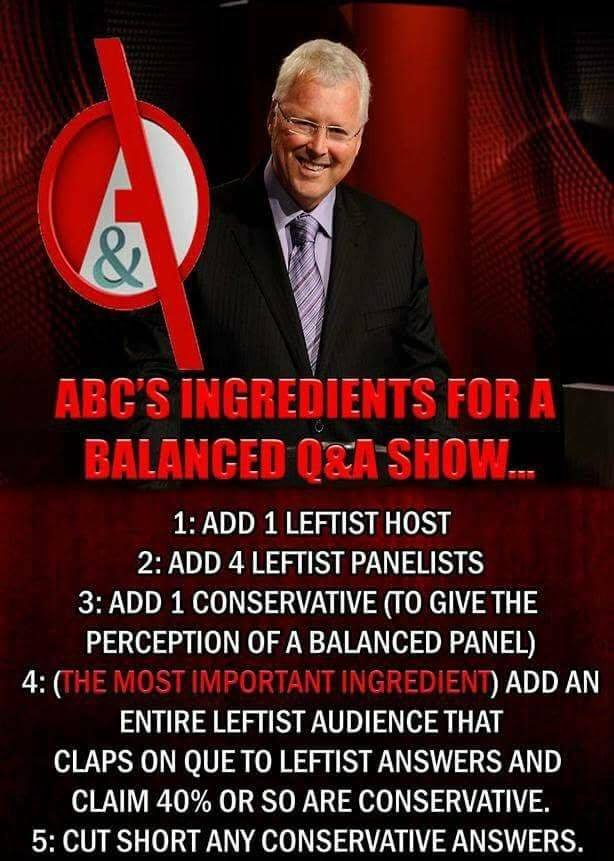 Just take a look at this video where a feminist on the panel of a women’s only special says men can only join the audience via castration. Sure enough, laughter follows:

Or how about this video of a young man asking about male victims of domestic violence?

As you can see, the ABC have a clear left/feminist bias. Your taxpayer dollars are paying for this trash. As taxpayers, why are we putting up with this? Enough is enough, its time to DEFUND THE ABC!

Clementine Ford forced to apologise to Ben Fordham for defamation