In a disgusting speech, she says:

Ugh, I’m so sick of talking about men. I have a male baby and its just all the time “Feed me, pay attention to me, engage me”…. men, men, men, its always about men.

As we all know, Clementine Ford has said many vile hateful things about men in the past such as “kill all men”. She always claims that she is being “sarcastic” or “joking” when saying these remarks, but this is just her escape clause when caught out. The same applies to this situation when she talks about neglecting her son Frank.

Even if it were a “joke”, do you think if the genders were reversed a man would get away with telling such a “joke”? Certainly not! Even if he claimed it was a joke, he would still be investigated by the police and DOCS.

Many people on her page have pointed out this double standard to her. She responded with an old article in which she attempts to explain why.

But this leads to the second point: who has the power in the joke and how does this ownership change the joke’s meaning? “Kill All Men” might not be very sophisticated, but it can’t be compared to jokes about beating women to a pulp because of the different ways both of those things are rooted in reality. Men have nothing to fear from women as a class because women are not currently engaged in a vast operation to kill or hurt all of the world’s men. Nor are we building sun cannons or ocean cages or desert bunkers or anything like that to slowly imprison men and turn them into slaves.

For those of you who don’t speak feminism, she’s basically saying that it’s perfectly acceptable for women to make such hateful jokes. She claims this is due to women being oppressed and lacking power that men have. 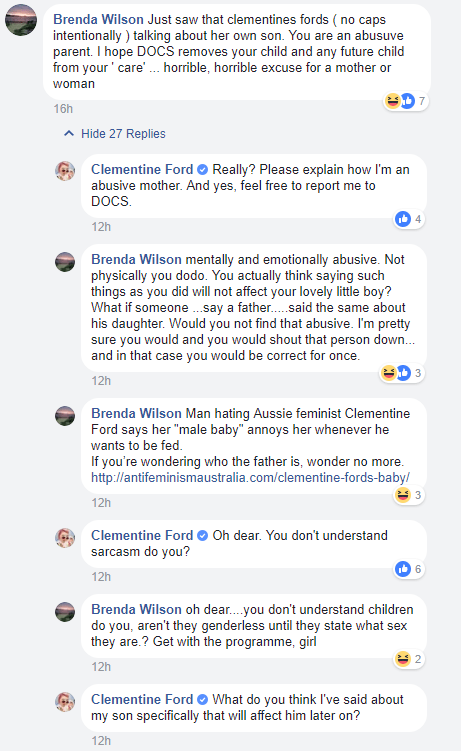 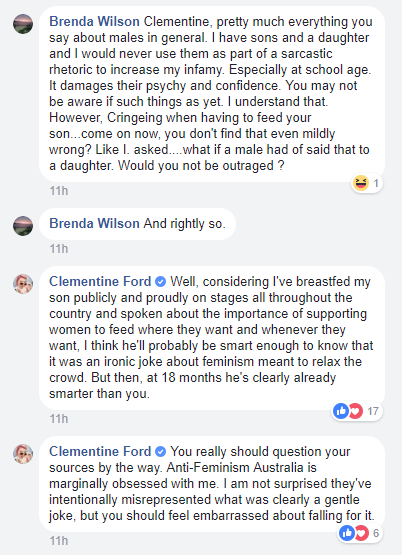 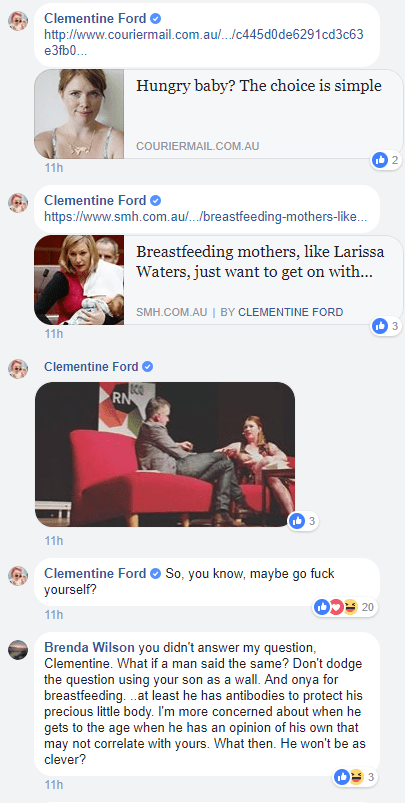 A gentle joke? Even if it was a joke (we can’t be sure), do you think a man would get away with making such statements of child abuse? Brenda pointed out this hypocrisy, but as usual Clementine Ford dodged the question.

In the past, Clementine Ford has bragged about having not one, but two abortions. If she is proud of having abortions and destroying a life, it isn’t a far stretch to abuse another life after it has been born. 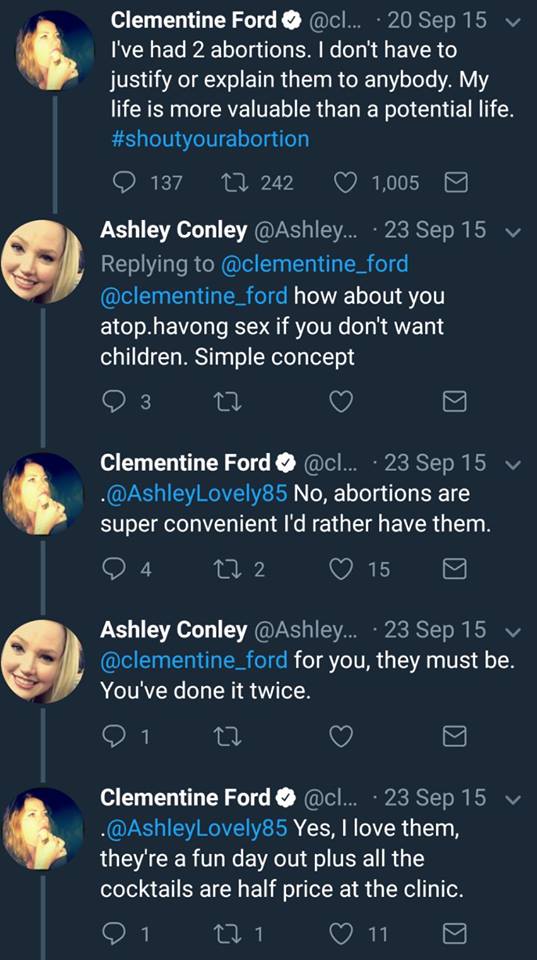 After this video went viral on the Anti-Feminism Australia page, many people were understandably angry. Many of these in particular were women, who left Clementine Ford “abusive” messages on her page. For the first time ever, Clementine Ford finally admitted that many of these so called “trolls” were women. 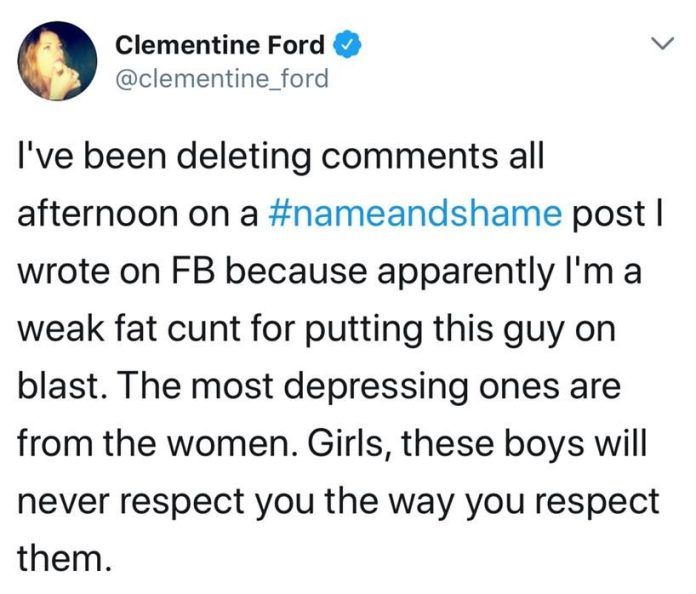 It is fantastic to see more an more women speaking out against Clementine Ford. This must infuriate her a lot, because it doesn’t agree with her narrative of only men being “abusive”. How dare these women betray the sisterhood! You know she’s losing when even women are starting to attack her.

As Clementine Ford said herself “feel free to report me to DOCS”. Well perhaps we should do just that, because how do we all know this is a “joke”? What if it’s for real and she’s just covering it up with a joke like she always does?

If you are concerned about Clementine Ford abusing her son Frank, you can report it to the Department of Health & Human Services here. You can also sign a petition here.

Many have also said they are disgusted at NAB bank sponsoring her for this. If you wish to make a complaint to them you can do so here.

This poor boy doesn’t deserve such a vile hateful mother. No doubt she is brainwashing him about how evil men are. He should be taken away from her and placed into foster care with loving parents. I highly doubt that her partner Jesse Booher is a good parent either, as he would probably hate his own gender as well.

Even if she hasn’t been physically abusing this poor kid, she is emotionally and mentally abusing him with her male hate speech. I feel sorry for him when he’s old enough to see this video, and all the other disgusting vile things she said about men.

Clementine Ford used to be a phone sex operator