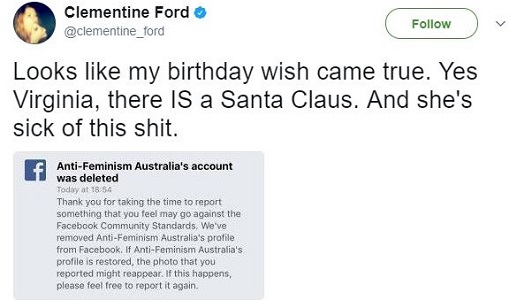 After removing any remotely “triggering” posts and appealing, Facebook deleted the page at approximately 5:00pm on the 30th of June without any explanation for doing so. Shortly after, feminists responded: 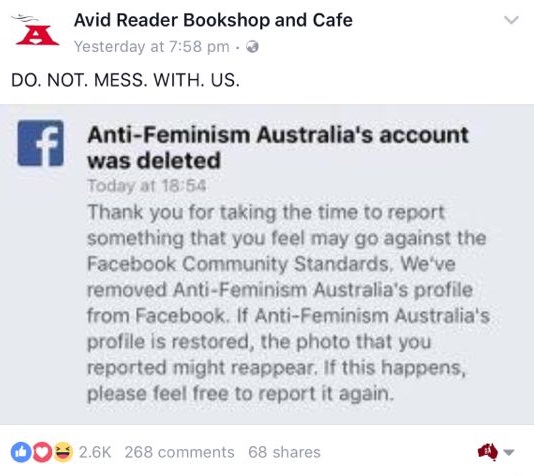 Here are screenshots of feminists stating they mass reported the page: 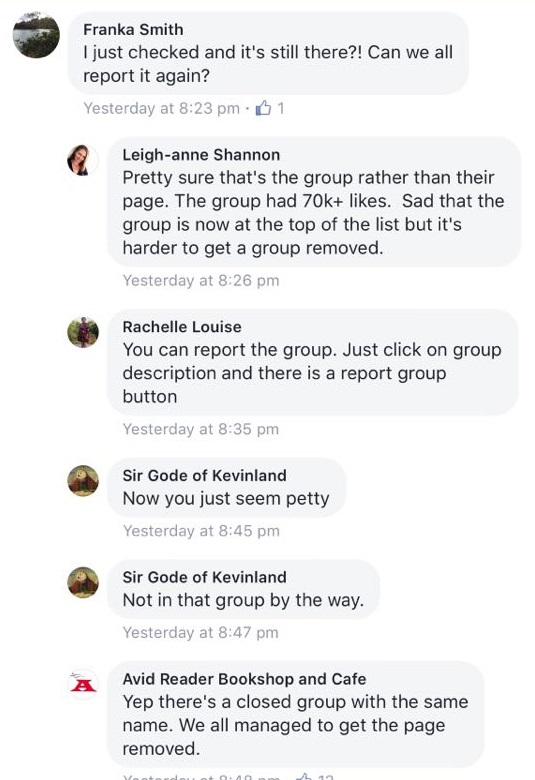 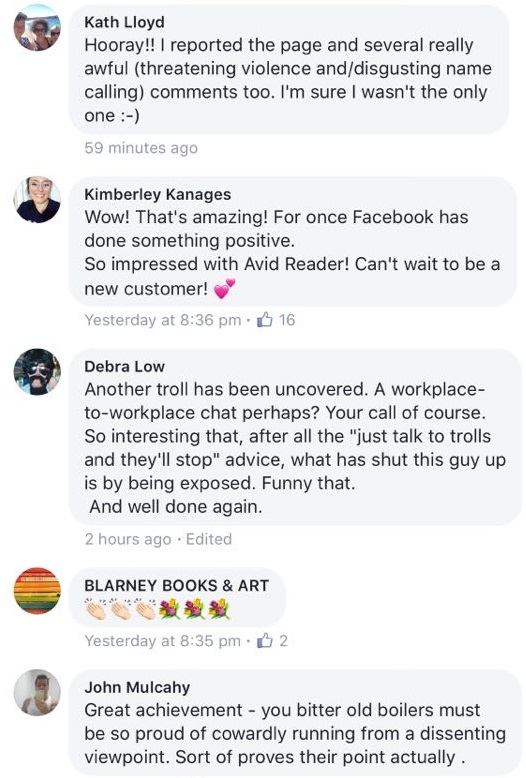 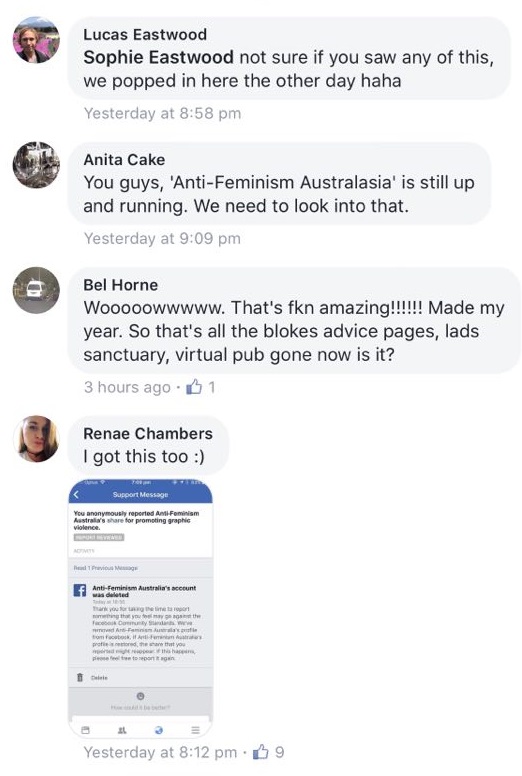 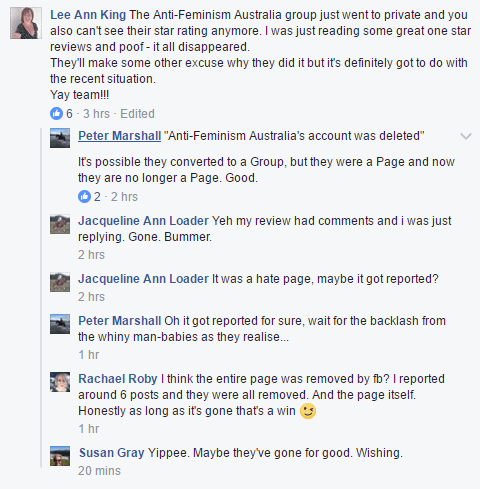 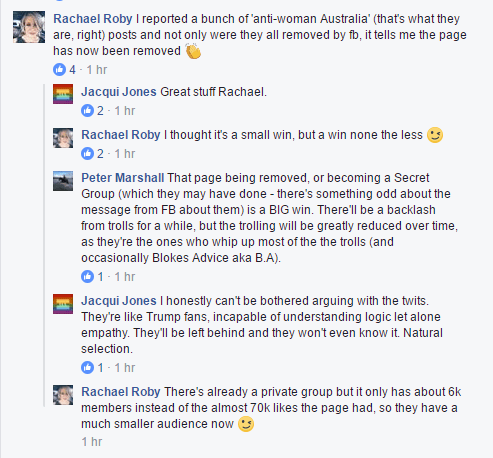 What caused feminists to do this? 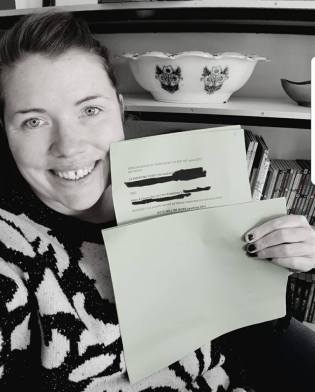 On the 25th of June, Clementine Ford announced that she will be releasing another one of her man hating books “Boys will be boys”. She also mentioned that this time it would be a “love letter” to her baby son Frank to teach him about toxic masculinity.

In addition to the announcement of her new book, someone had also revealed that Clementine Ford had written a message to a fan in her book “Fight Like a Girl” inciting terrorism.

Feminists got “triggered” and angry over the petition to stop her book being published and all the 1 star reviews on her publisher’s site. They responded by mass reporting the Anti-Feminism Australia page in the thousands.

When Allen & Unwin commented on the matter, it was clear that they were man hating feminists themselves: 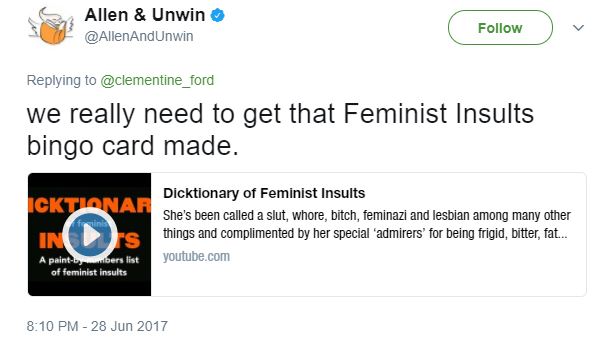 So where to now?

Firstly, it goes without saying that Clementine Ford will pay the price for this. This is the fourth time that she has got our page removed from Facebook.

Facebook have once again shown their bias in allowing her to post vile hate speech against men, but never not allowing us post things that expose the truth of feminist hypocrisy and hate speech. Anti-Feminists and MRAs are constantly censored by Facebook, while feminists like Clementine Ford are free to post whatever vile anti-male hate speech they desire without consequence. It is no secret that Facebook Admins are feminists themselves, and it is believed that Clementine Ford is even friends with one of them.

Since Facebook have such a feminist bias, we have decided that we will no longer run a page. Instead, we will focus on our closed group which we have more control over. Feminists cannot see the posts within this group, making it a safer option.

We need your help

The URL for the closed group is: https://www.facebook.com/groups/AntiFeminismAU/

Feminists seem to think they have won by silencing us for good. However each time this happens we get even bigger and stronger than before. When the page was banned in 2016, we had reached 45,000. This time we reached 70,000. Who knows what we will reach now with the closed group? The more people we get, the better the chance we have of smashing Clementine Ford and her feminist cronies into oblivion.

I look forward to seeing you all in our closed group in our mission to destroy this hateful ideology in Australia, and across the world.