Clementine Ford has signed a fan’s copy of her book with the message “Have you killed any men today? And if not, why not?” 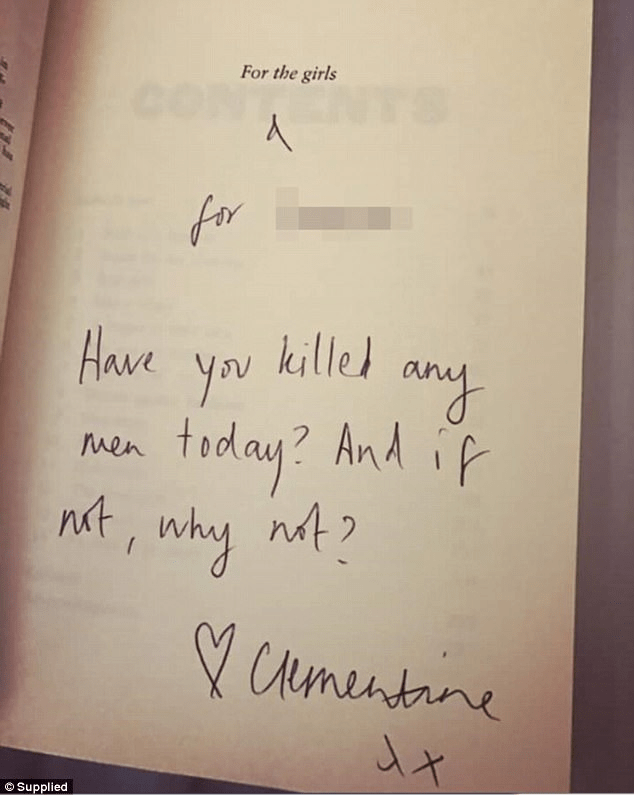 If this isn’t proof that she wants to “kill all men” then I don’t know what is. Can you imagine what would happen if the genders were reversed and a male author wrote a message in a book of misogyny saying “Have you killed any women today? And if not, why not?” He would be reported to the police and arrested as a terrorist suspect. Clementine Ford should be treated no differently. In our current age of terrorism, we must take such threats seriously.

Naturally she will claim “oh it was just a joke” when caught out. But is it really just a joke? How do we know that? What if a psychopath got this message and actually acted upon it? What if an impressionable young girl received this message and started thinking that its acceptable to kill men because her role model told her to? 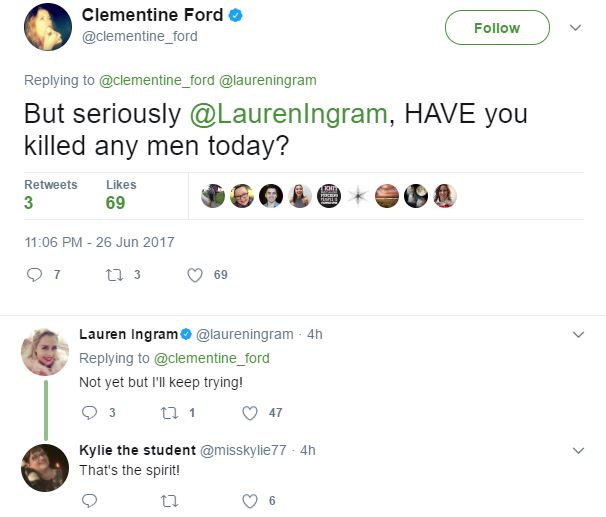 Clementine Ford has over 250,000 fans on Facebook and Twitter combined. Many of her fans treat her like some sort of God. As a result, she is hugely influential which makes her extremely dangerous. I’m sure there are several man hating feminists following her that are just a whisker away from actually killing a man. When Clementine Ford writes such messages encouraging these feminists to kill men, you can only hope that it will never happen.

Clementine Ford is a terrorist and should be dealt with accordingly.

To report terrorism in Australia you can visit the ASIO.