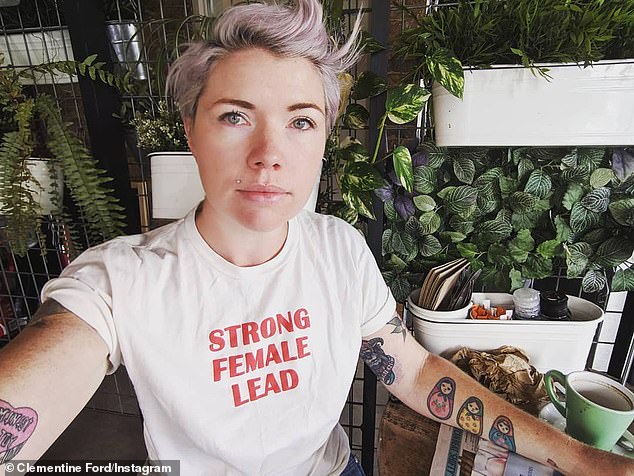 “Absolutely thrilled to be a recipient of the @cityofmelbourne ARTS grants to support the writing of my book, #HowWeLove! Thank you so much. It alleviates a lot of stress,” she wrote.

The City of Melbourne has dished out a grand total of 226 “COVID-19 creatives packages”: $4,000 each, out of $2 million to invest in new works and digital translation of performances.

The Victorian government has unveiled a glittering $16.8 million “survival package for the arts”. Because, clearly, in the midst of a pandemic what Australia needs most urgently is to fund struggling man hating feminists like Clementine Ford.

Yes, it seems poor Clementine was suffering during COVID19, as the public focus was taken away from man hating feminists like her. In fact, she struggled so badly that she even had to launch a beauty line business in makeup. But that didn’t last very long, because we all know that you can’t polish a turd.

As COVID19 comes to an end, I bet Clementine is now thrilled that she can go back to doing what she does best – man bashing. Only this time she’ll be even more excited because she gets paid to do it, by your tax dollars.

If you are disgusted at the thought of your tax payer dollars being used by the government to fund Clementine Ford, make it known to City of Melbourne on their Facebook Page.