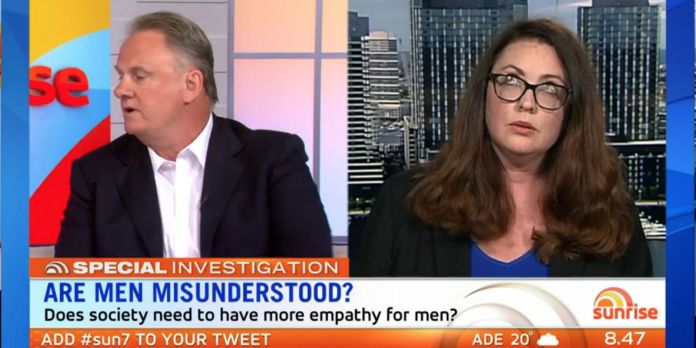 We have been hearing more of misandrist Van Badham in the media lately.

For those who haven’t heard, Van is a classic feminist who likes to play the victim for attention. Van first appeared in the media spotlight to discuss the topic “Are men misunderstood?” on TV show Sunrise. Joining her was Anti-Feminist Mark Latham who completely destroyed both her and mangina (host) Andrew O’Keefe. Van starts with “Can I defend myself please, or is a man going to speak over me?”. She then tries to hijack the topic by saying how “women are discriminated in society”.

More recently, she appeared on the show Q&A along with Steve Price to discuss the topic of violence against women. The conversation turned to the topic of Eddie McGuire and his “sexist” joke he made about keeping journalist Caroline Wilson underwater. Steve defended Eddie, saying that it was just a bunch of guys “having a laugh”. In response, Van went on with her feminist rant of how such jokes lead to violence against women. Steve replied appropriately with “I think you’re just being hysterical” which left the audience in shock.

Later that week, Van received a backlash on twitter over her misandrist rant on Q&A. Many twitter users started abusing her, and one even hacked her account. But rest assured, “feminist hackers” won the day by “over hacking” the evil misogynist hacker. 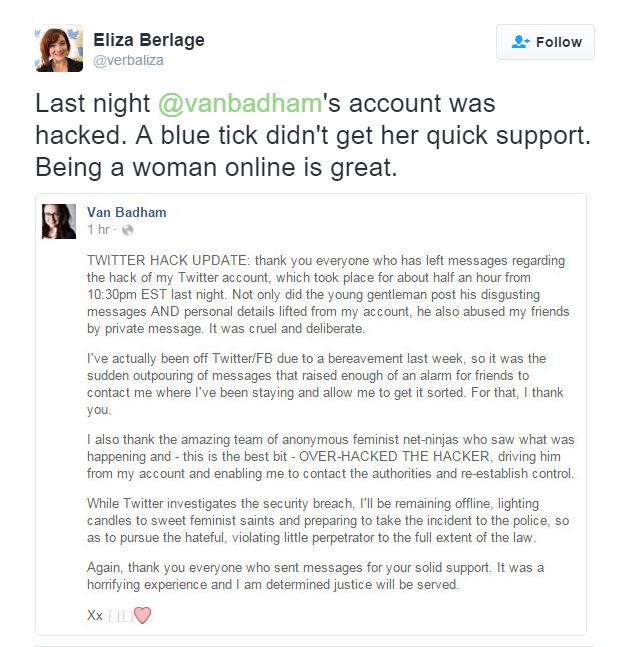 Her “sweet feminist saints” reported “violating little perpetrator” to the police for his hate speech. 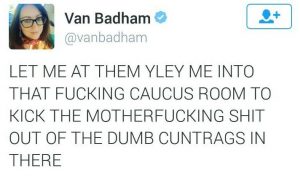 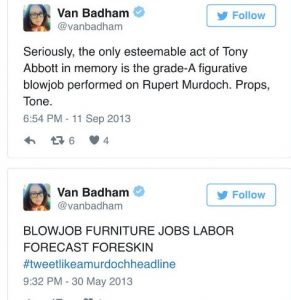 So perhaps we should be reporting Van to the police for hate speech as well? Oh wait, it’s only hate speech if its against women, carry on.

As you can see, Van appears to be following in the footsteps of misandrist Clementine Ford. Perhaps she also wants to make a career out of playing the victim by baiting men?

Just like Clementine Ford, I advise everyone not to attack her due to this reason. Instead, share this article around to expose her of being another feminist hypocrite. It will do a lot more damage than abusing her.