Cassie Jaye is currently in Australia for the ICMI (International Conference on Men’s Issues) conference on the Gold Coast.

While in Australia, she was interviewed about the Red Pill Movie on the project and by mangina Andrew O’Keefe on Sunrise.

On the project, Cassie shuts down mangina Waleed Aly and man hating feminist Carrie Bickmore. You can just hear the tone of anger in Carrie’s voice while Cassie remains calm as a cucumber. At the end they conveniently “ran out of time” instead of giving a response. I guess they didn’t want to make themselves look like fools any further.

It was believed that the project edited out many other parts of the interview because it went against their left/feminist bias. Many have expressed their disgust on the project’s Facebook post, and have also started a petition that calls for the project to air the unedited interview.

Within hours many memes popped up on Facebook, showing contempt for Waleed. 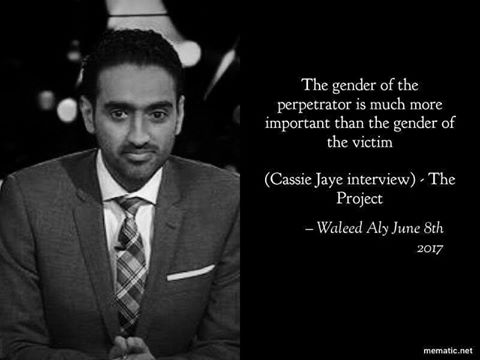 On the Sunrise interview, mangina Andrew O’Keefe GETS OWNED by Cassie Jaye when he admits he hasn’t even seen the Red Pill movie. Apparently they weren’t able to watch it or didn’t have enough time. How can you even comment on a movie when you haven’t even watched it?

Notice how he didn’t attack her to the same degree as he did to Mark Latham ?

Shortly after the interview, thousands showed their disgust for O’Keefe on the Sunrise post. Sunrise have since removed their post because they couldn’t handle the flood of criticism against O’Keefe and feminism. Like the project, they have proven that they are unprofessional “journalists” with a strong left/feminist bias.

Following the removal of their post on Facebook, many flooded the Sunrise page on non-related articles asking why they had removed the interview with Cassie.

Cassie also stated how deeply disappointed she was in how Sunrise treated her: 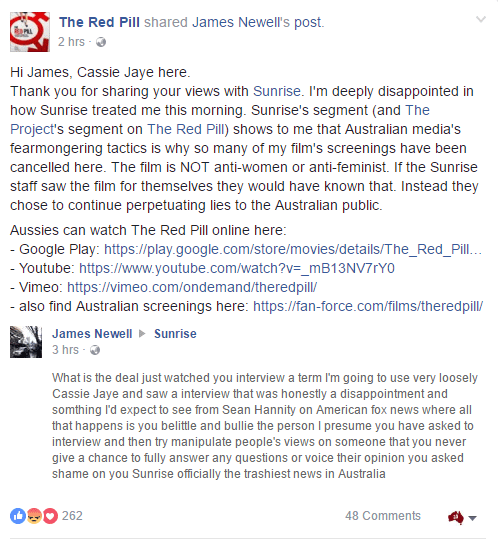 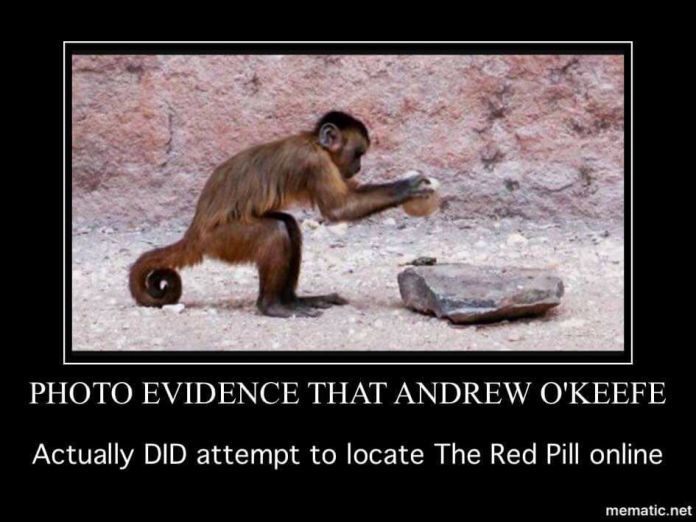 The next day it was revealed that Cassie’s assistant had sent Sunrise a copy of the movie ONE MONTH before their interview. BUSTED! So much for saying they weren’t able to watch it! Here is a copy of the email: 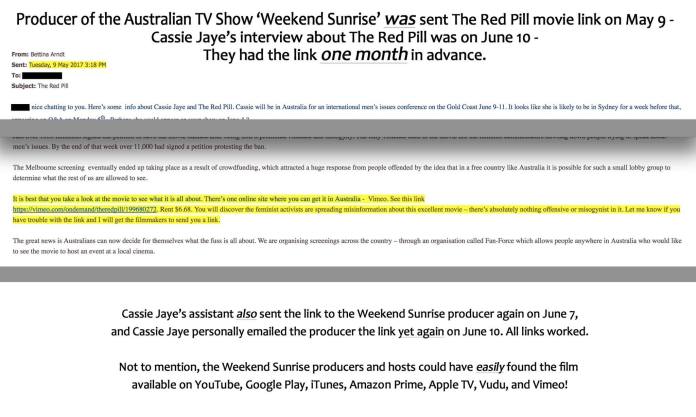 When I posted this image onto the Sunrise Facebook page, my posts were promptly deleted and I was banned. I guess they can’t handle the truth.

When will the Australian Media stop pushing their own biased views on feminism? They continue to do so despite widespread public backlash and poor ratings. Unless they start lifting their game and present unbiased news, they will soon all pay the price when they are axed due to poor ratings.

We have also started a petition to fire Andrew O’Keefe from Sunrise and to give Cassie Jayne a public apology. Please sign and share!

Feminists protest The Red Pill screening at University of Sydney

Clementine Ford forced to apologise to Ben Fordham for defamation