In a spectacular case of irony, Clementine Ford has sunk to a new low after attacking the founder of the first women’s shelter, 77 year old pensioner Erin Pizzey. Erin first came under attack from feminists when she made the claim that women are just as capable of violence as men. As Clementine Ford has demonstrated, this is still the case today.

Why do feminists hate Erin Pizzey?

Feminism is an empire. An empire which seeks female superiority and greed. Anything or anyone who comes between that is considered a threat. This is why misandrists like Clementine Ford, and organisations such as White Ribbon Australia attack Erin Pizzey.

Here are some screenshots of Clementine Ford abusing the founder of women’s shelters. It doesn’t get much lower than attacking a retired pensioner who has helped so many victims of domestic violence. 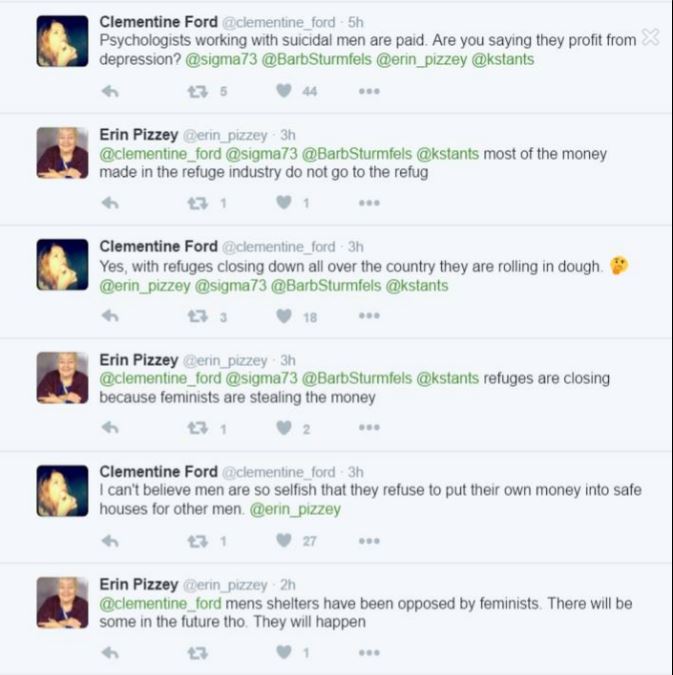 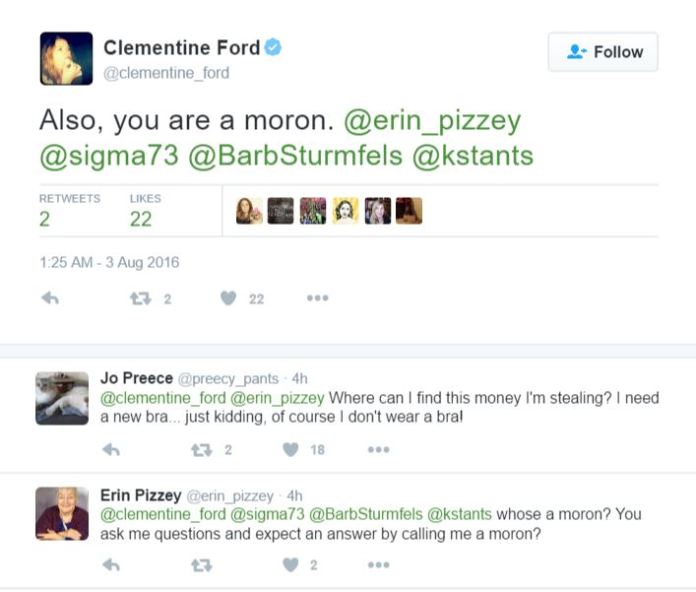 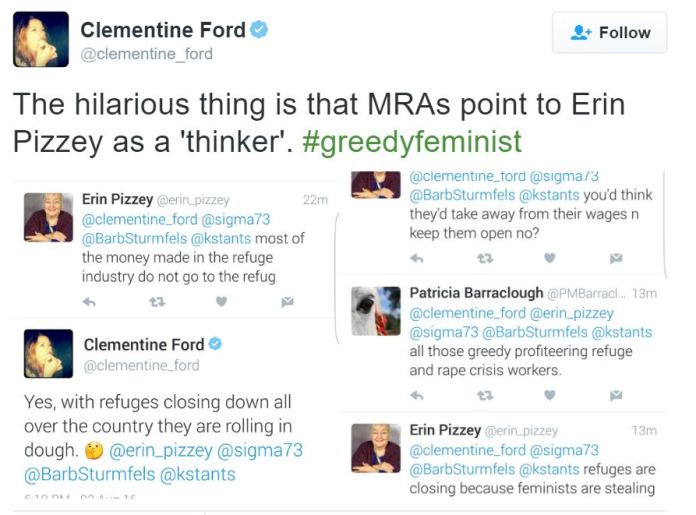 When Erin says “feminists are stealing” she is obviously referring to organisations such as White Ribbon Australia who don’t actually spend anything on helping victims of domestic violence. However Clementine has once again taken this out of context, similar to what she does with baiting/trolling men.

Clementine Ford states “I can’t believe men are so selfish that they refuse to put their own money into safe houses for other men”. The majority of funding for women’s shelters and domestic violence support services come from the government. It is the government who refuse to spend a single cent on male victims of domestic violence. However instead of blaming our gynocentric government, it is far more convenient for Clementine Ford to blame men. After all, that is what she does.

Government to fund Clementine Ford for next man bashing book