That’s right, the feminist era is now over thanks to Trump’s victory. This is the day we have all been waiting for – an influential anti-feminist leader in the west to destroy feminism. As expected, feminists have been in total meltdown over the inauguration.

Thousands of feminists have taken to the streets in violent  riots, smashing store windows, assaulting police officers, and setting cars on fire. A true display of their character and behaviour!

One feminist even said that she will be getting an abortion because she found out she was pregnant on the day Trump was inaugurated. 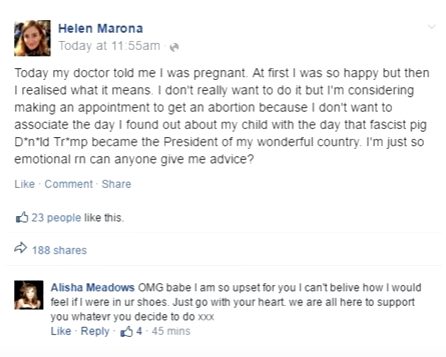 Others begged for his assassination, including his children.

Feminism has been dying

Over the past few years feminism has been dying, particularly in 2016. The cracks were starting to show in the feminist empire and now it has collapsed. I’ve always maintained that like any other empire, feminism will also collapse. It was never a matter of if, but a matter of when. Yet some had their doubts, claiming that we would be living in a feminist controlled society for the rest of time.

Did feminists seriously think their self entitlement and war against men could last forever? As a result of this site and many others, people are now much more aware of what feminism has become – a supremacist hate movement against men. Many of us have worked hard, putting in countless hours to expose the evil, hate and hypocrisy of feminism. Our goal was to end the war against men, and to establish true equality known as egalitarianism. As of today, our hard work has finally paid off.

Throughout 2016 many started to notice a growing backlash in the comments on social media and mainstream news sites controlled by feminists. A few years ago no-one stood up and noticed whenever a man bashing article appeared in the media. In addition, there was a sharp increase in the number of women fighting back against feminism. Women have been leaving feminism in droves, giving rise to such groups as “women against feminism“. This was the ultimate betrayal to feminists, as their fellow sisters decided to “leave the sisterhood”. Feminists began to worry, as they knew their days were numbered. 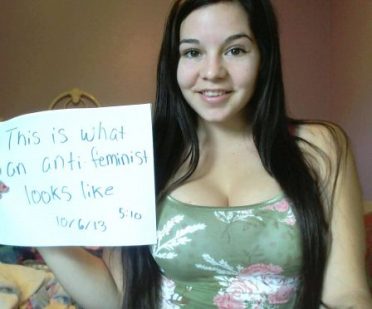 In 2016 we also saw the release of the “red pill movie”. Feminists managed convince a venue in Melbourne to stop screening the movie.  This only strengthened our argument about feminists wanting to censor anyone who disagreed with their toxic ideology. Thankfully, another venue were happy to show the screening, and it turned out to be a huge success. The Red Pill movie greatly assisted in exposing feminism for the evil, man hating supremacist movement it has become.

How will feminism be destroyed in Australia?

Many of you are probably wondering – how will Trump’s Presidency also destroy feminism in Australia? The popularity of Trump is merely a reflection of change within western culture. Just like the USA, people of Australia are also tired of feminism, man bashing, and political correctness.

We may not have a Trump prime minister, but we could soon have something close – Pauline Hanson. Over the past year we have seen the rise in popularity among Pauline Hanson, as many Australians are fed up with our man bashing, feminist government. Feminists laugh at the idea of Pauline Hanson becoming Prime Minister, just liked they laughed at the idea of Trump becoming president. Watch it happen. Like Trump, Hanson will have the last laugh.

Never before has there been a time to be so optimistic about the downfall of feminism. 2017 is going to be a great year, as we watch the spectacular collapse of the feminist empire. It’s time to celebrate our victory – the war against feminism has been won! 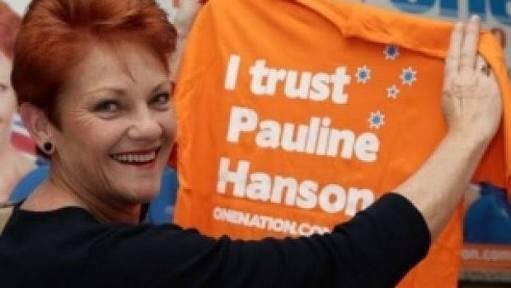