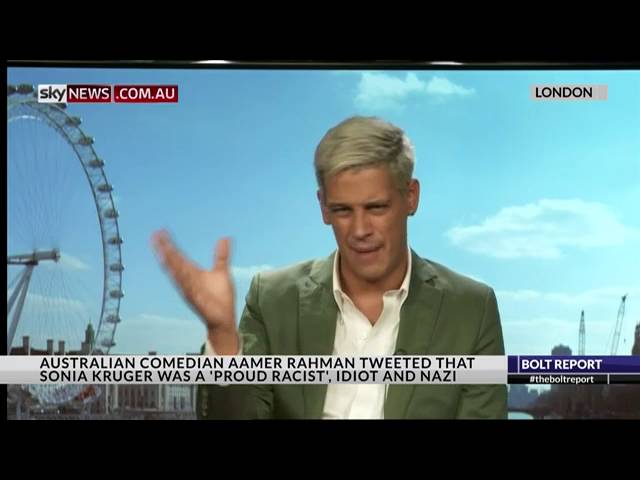 Today is the moment many of us have been waiting for – Milo has exposed Clementine Ford as being a “damaged girl” and a “professional provocateur” during his interview on Sky News Australia. In the interview, Milo talks about his recent ban on twitter, and why misandrists like Clementine Ford are never at risk of losing their twitter account. You can view the full interview here.

Transcript from the video:

“What’s remarkable, is how the suspensions, the punishments, the de-verifications all go in one direction. You have a couple of weirdos in Australia i’m familiar with… some sort of very damaged girl called Clementine Ford… I think her name is.

“Professional provocateurs, professional mischief makers who can dish out the most appalling abuse, and can say the most terrible things about their enemies, about men, about white people… you name it.

But they will never be at risk of losing their twitter account because this isn’t really about abuse or harassment, its about politics.”

It appears as though Clementine Ford has returned from her “leave” and responded on Twitter. Notice how she pretends to not care? It’s obvious she does care, otherwise why would she tweet about it? 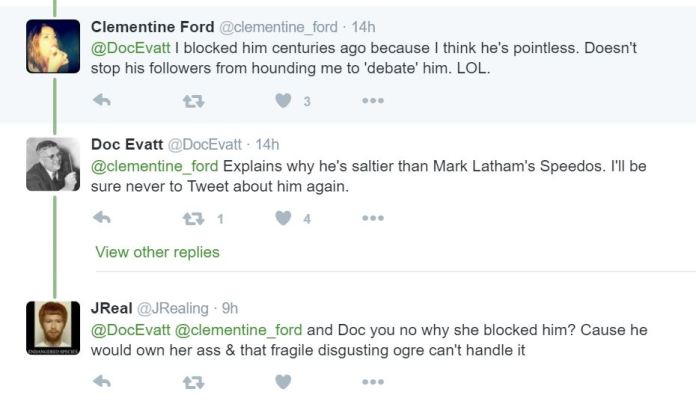 Poor Clementine Ford is under attack from “angry misogynists” thanks to Sky News tagging her in their tweet. According to one of her mangina followers, Sky News is “accommodating misogynistic terrorism” – oh the hypocrisy! 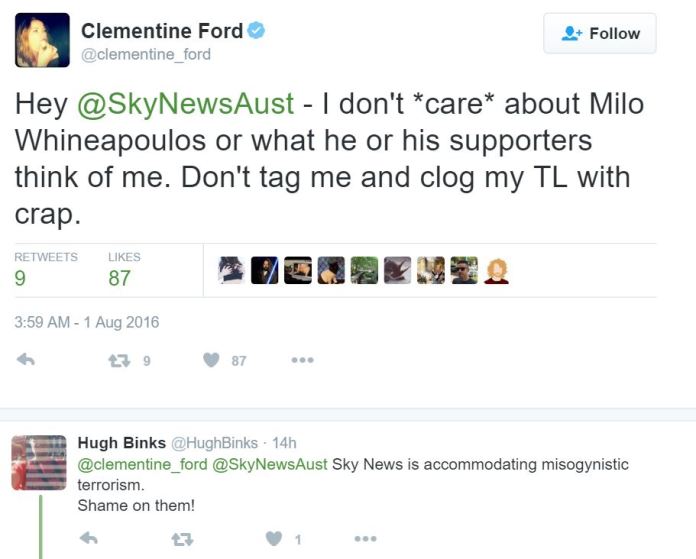 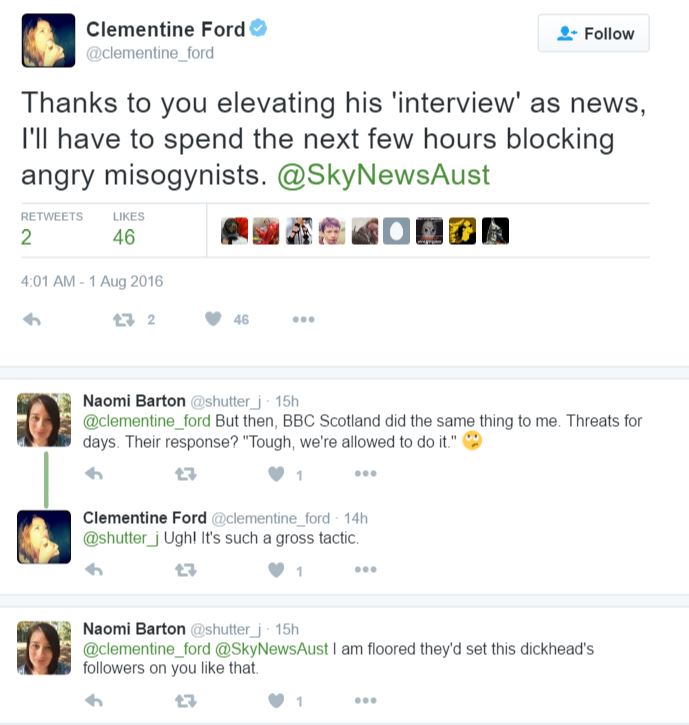 It appears as though Anti-Feminism Australia is now showing up in many search results, which is great news. One mangina said he was trying to find out who Milo was, when he came across this site. Apparently it was the “funniest fiction” he had read all day.

Over the past few weeks many have been exposing Clementine Ford for her constant man bashing and hypocrisy. This includes Men’s group “blokes advice” (200k members), Anti-Feminist and ex politician Mark Latham, and now Milo Yiannopoulos. Could this be the beginning of the end for Ford? Hopefully its only a matter of time before FairFax Media fire her from all the bad publicity. In the meantime, AFA will continue to expose this vile misandrist.