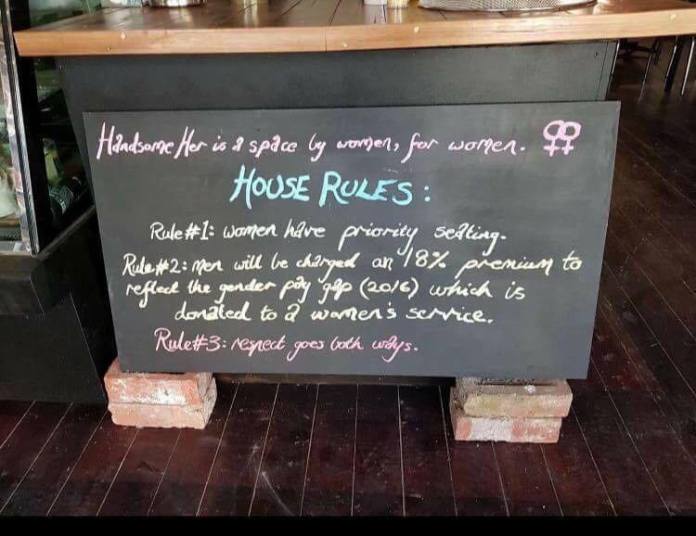 A vegan cafe in Melbourne (Brunswick) has put a sign out the front of their cafe stating that women are given priority seating and men will have to pay a 18% premium due to the mythical gender wage gap.

The cafe, Handsome Her is run by a group of man hating feminists who wanted to “raise awareness” about the mythical gender wage gap. As we all know, there is no gender wage gap – women simply EARN less than men due to various factors such as fewer hours worked, choice of career, less experience, and less likely to negotiate a higher salary. This gender wage gap has been debunked over and over, but feminists won’t let it die.

Once the media got hold of this story, the cafe did some quick backtracking by saying that it was “optional” for men to pay 18% more. They only said it was “optional” to cover their asses from a discrimination lawsuit. The sign never specified this was “optional”, it said “men WILL be charged an 18% premium”.

Can you just imagine the outcry from feminists if the genders were reversed? 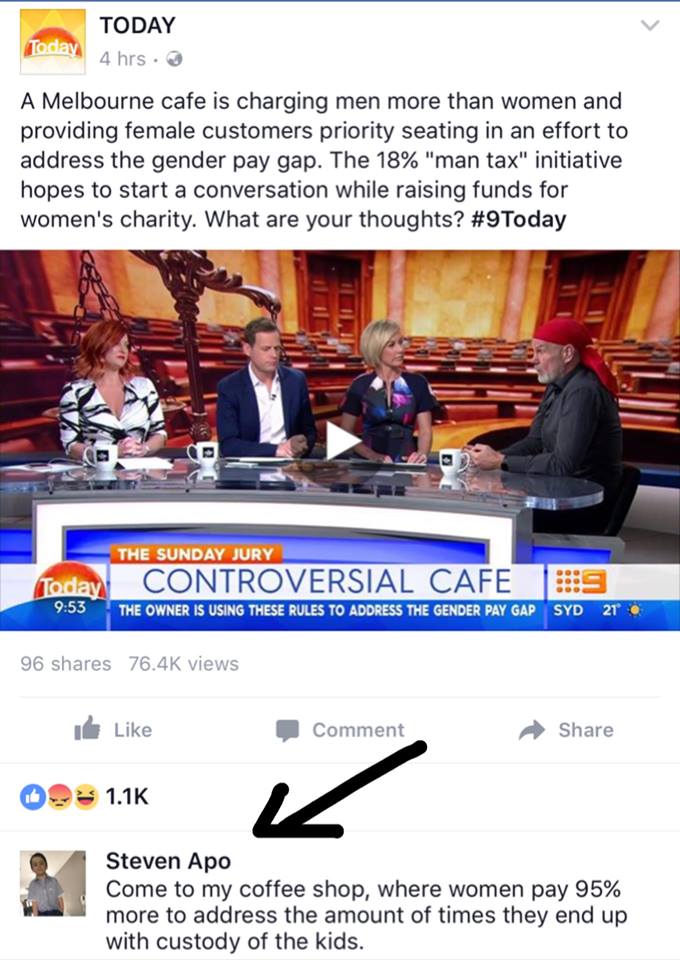 Clementine Ford was upset that some women were also saying it was discrimination. She said that she wants to “shake them and say men will never support you in the way you support them”. 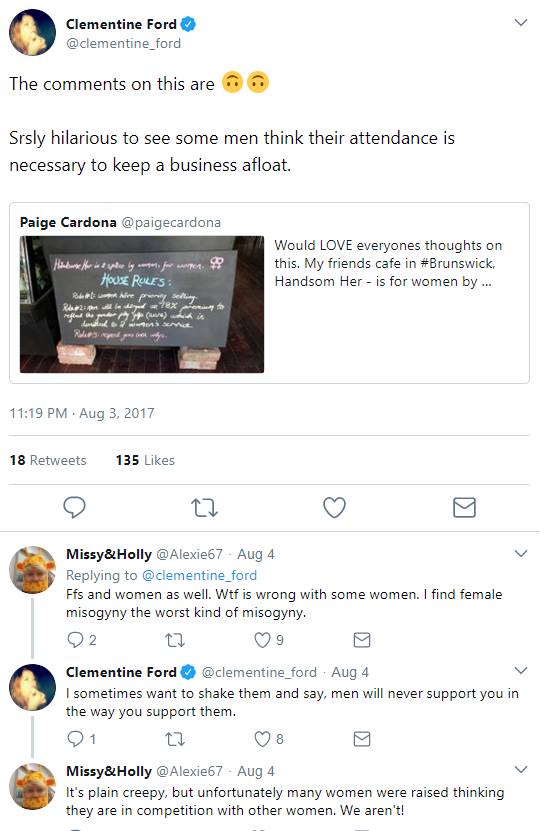 This discrimination is clearly illegal under the Anti-Discrimination Act, but the question is will it be enforced? Without a doubt, Australia is one of the most feminist countries in the world, where women reign supreme and are exempt from the law. Therefore, it is highly unlikely that any action will ever be taken place against this cafe. We all know that if the genders were reversed, the cafe would be closed down for sexism against women.

In response to the shit storm, Handsome Her posted this statement: 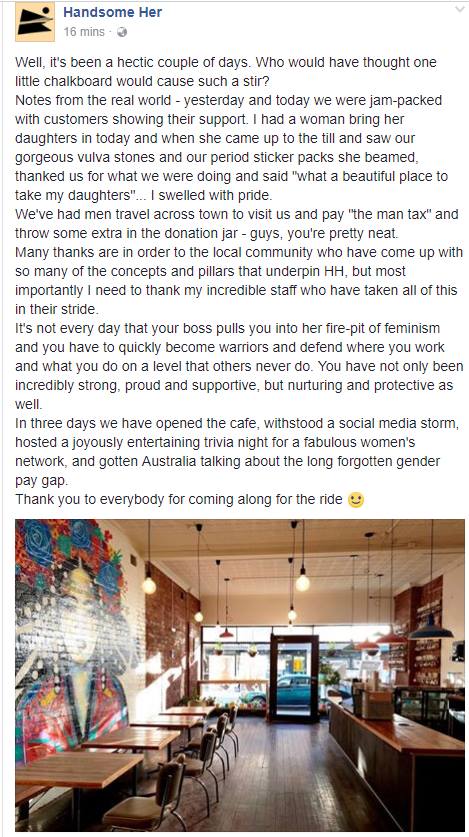 Yes you read correctly – they also sell vulva stones and period sticker packs at their cash register. While they are at it, perhaps they should also sell pads/tampons so feminists don’t “free bleed” all over the seats.

I highly recommend you all leave them a one star review on google, and Zomato.